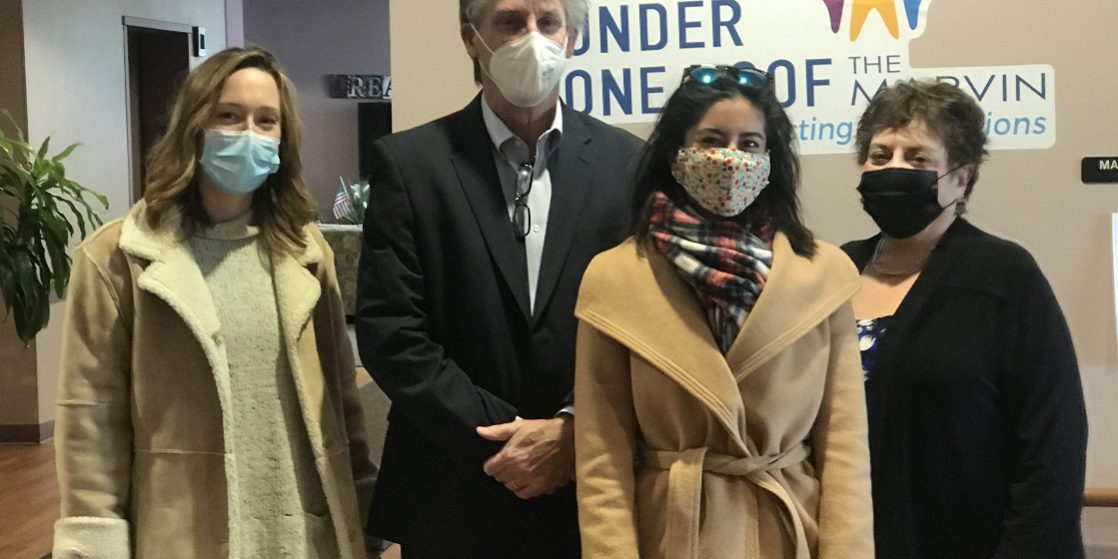 Each year Titan Energy donates time and resources to local organizations that make a difference. This year, senior living centers and childcare centers were hit particularly hard due to a triple threat of COVID-19, the reduction in the number of new students, and the strain of federal and state funding.

Under One Roof at the Marvin is an innovative, nonprofit organization addressing both elderly care and childcare programs. At the Marvin in Norwalk CT, congregate senior housing share a single facility with an accredited school readiness and childcare program. Community activities dispel stereotypes and build relationships — educational experiences for all age groups, exercise programs, gardening, holiday activities, and more. Children are exposed to traditions and wisdom. Seniors expand social networks, stay active, and connected.

After meeting with Under One Roof’s Executive Director, Mary Windt, understanding the opportunities that a charitable gift would bring to residents and students, $3,000 was donated in the name of our late Titan controller, Michael Federico.

A commitment to service was one of the most prominent and distinguished qualities of Michael J. Federico.

Born in Westerly, RI, Michael and his wife, Karen, relocated to Connecticut and settled in Hebron in 1993. During their 33-year marriage, they raised two daughters – Hillary and Courtney and, together, ran their own investment and tax preparation business, Hillcourt Financial, in Manchester, CT. As a certified financial planner, he did more than advise clients on their finances. He often donated his services to single mothers, active duty military members and many who just needed a helping hand. His approach to serving others wasn’t siloed – it was ingrained in all aspects of his life.

From 2010 to 2019, Michael served as Controller at Titan Energy New England, overseeing the firm’s financial operations.

We were blessed to learn many valuable lessons from Michael in his 62 years. Among them, be kind to others. His generous spirit and commitment to his community took him to many a Walk Against Hunger, Manchester Road Race, Red Cross blood drive and beach clean up. He was an active supporter of the Westerly Land Trust, Save the Bay, Southern Poverty Law Center, Bike Walk Connecticut and, for more than 10 years, was recognized as a top 10 fundraiser for Foodshare, an organization seeking to end hunger and food insecurity in the Greater Hartford area.