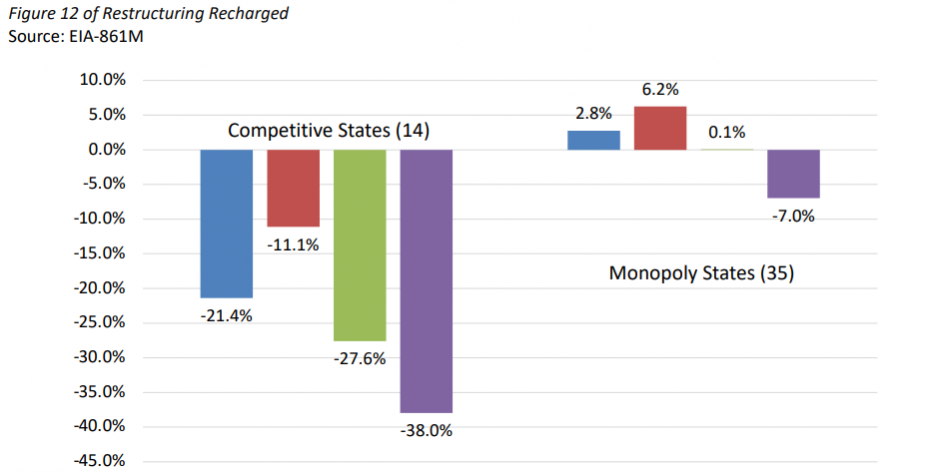 RESA’s latest update on the findings include the latest figures collected by the U.S. Energy Information Administration (EIA).

RESA said that, “Since 2008, the EIA data shows that customers in monopoly states have experienced a 21.1% increase in rates. This contrasts sharply with the pricing decrease realized in the competitive states of 7.4% over this same period.”

“In fact, over this time period, all customers in the monopoly states could have saved half a trillion dollars ($503B) if those states had followed the same price trajectory as exhibited by the competitive states,” RESA said.

“Meanwhile, the 14 competitive states and jurisdictions saved an estimated $343B during this time by avoiding the price trajectory exhibited in the monopoly states. These data points highlight the improved price performance that competitive energy markets enjoy,” RESA said.

“In this same period, the average energy pricing for all sectors in monopoly states increased 17.0%, while in competitive jurisdictions the average pricing decreased by 4.0%,” RESA said.

“These affirming trends in both shopping activity and price performance have been observed for more than a decade due to competitive markets’ superior service and pricing,” RESA said.