According to a white paper released by the Retail Energy Supply Association (RESA) last month, electricity consumers in competitive retail markets saved more than $300B in the last decade.

The paper, titled The Great Divergence in Competitive and Monopoly Electricity Price Trends, analyzes what the group refers to as an “eye-opening cost disparity” between the rates electricity customers pay in states with competitive energy markets and those with monopoly utilities. 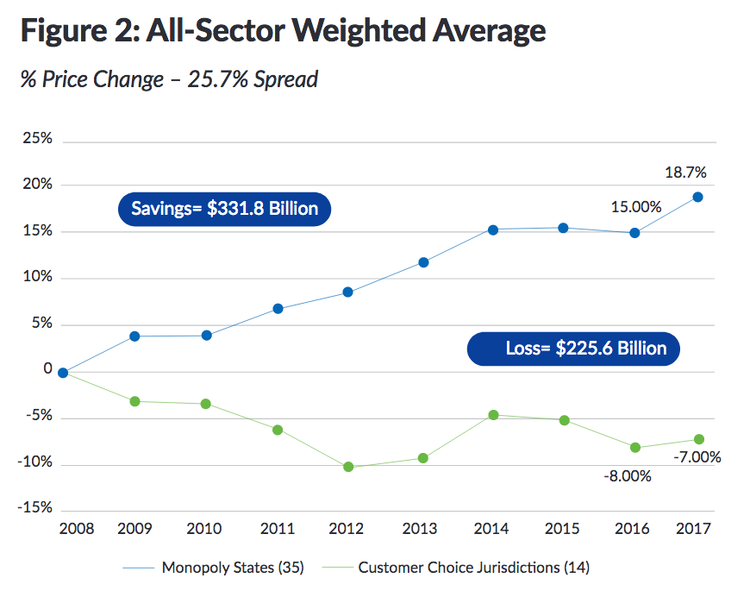 According to RESA, the all-sector annual weighted average price in the U.S.’s 35 monopoly states was 18.7 percent higher in 2017 than in 2008. In comparison, the 14 U.S. jurisdictions that allow competition saw a 7 percent drop between those same years (Figure 2). 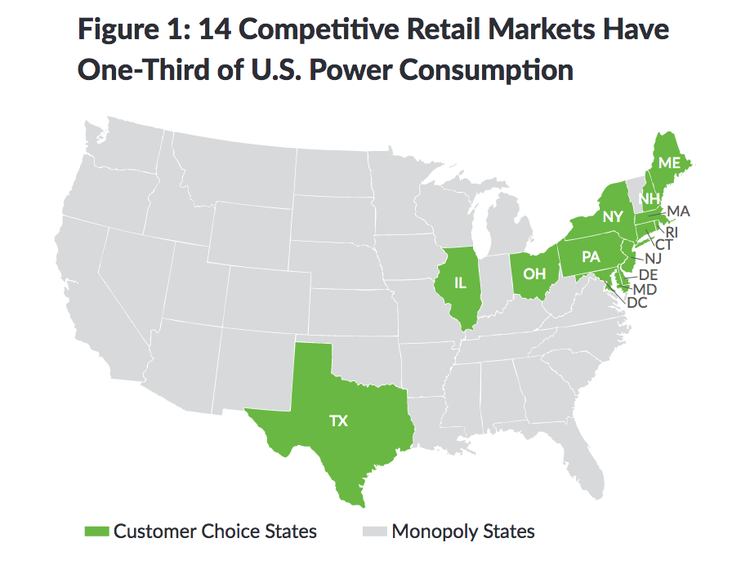